Coming out of last week’s round of bargaining with both Aramark and Sodexo, HEU’s two bargaining committees reached agreement with employers to seek mediation assistance.

Both the union and employers have a common goal of reaching negotiated settlements. However, the outcome of mediation will be non-binding for both Aramark and Sodexo, and HEU members will vote on any settlement reached. 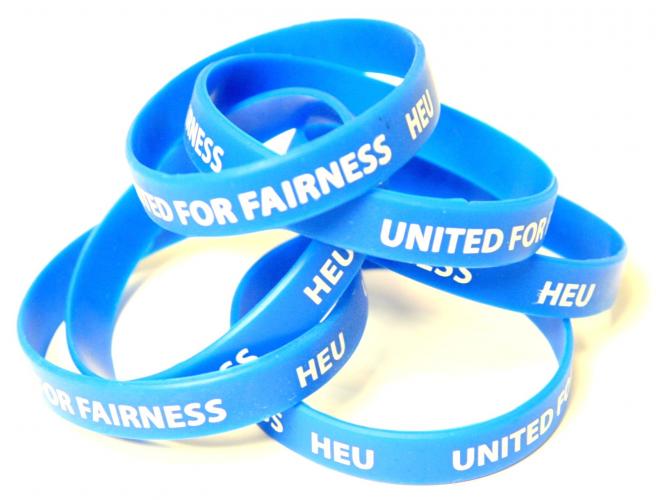 The two bargaining committees also held extensive discussions with employers about assessing the costs of the union’s financial package. HEU believes this assessment will demonstrate employers have overestimated the cost of HEU’s proposals, giving them ample fiscal room to improve benefits, sick leave and vacation time in this next contract.

Meanwhile, HEU has applied for essential services at all Aramark and Sodexo sites. In the event contract talks break down and a strike becomes necessary, BC’s labour code requires employers and unions maintain certain essential services to the public.

Bargaining for Compass-Marquise members is scheduled to resume August 7, 8 and 9. The employer is expected to reply to the union’s monetary proposals from last spring. We expect the employer to come fully prepared to bargain on all of the outstanding issues. HEU members will not accept further delays.

As for members who work for Acciona, final terms of the contract will be known once Aramark, Compass-Marquise and Sodexo have settled their agreements. According to April’s arbitration by mediator Vince Ready, the next agreement will be an average of the industry standard for wages, health and welfare benefits, and other monetary improvements.