From June 25-27, HEU’s bargaining committee representing Compass-Marquise members from eight different sites were back in negotiations with the employer for the fourth time since last December. 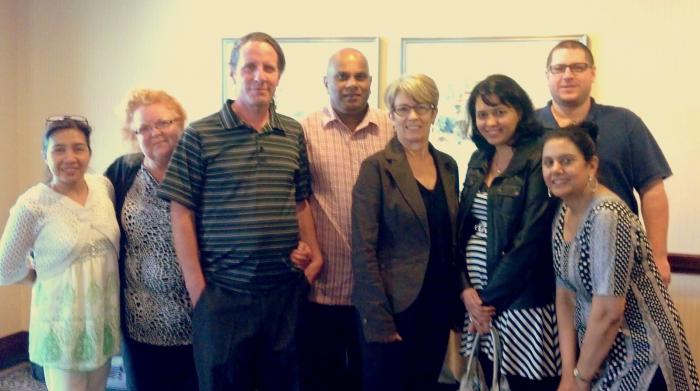 During the three days of contract talks, your committee was able to secure agreement on several key issues.

New language on a process for future extended hour rotations, the right to refuse unsafe work, overtime on rescheduled breaks, and rights to health and welfare benefits while a member is on workers’ compensation were agreed to by both sides.

However, no progress was made on securing collective agreement rights – including seniority rights – for members who work for Morrison and Crothall, two other Compass-Marquise subsidiaries.

Plus, on the key issue of wages and benefits, the employer failed to respond to the bargaining committee’s May proposal, leaving Compass-Marquise as the only company to yet table a monetary package.

The next dates for contract talks with Compass-Marquise are August 7, 8 and 9, while the bargaining committees for Sodexo and Aramark have meetings scheduled for mid-July.

The HEU bargaining committee will be meeting with members starting on July 3 to provide a progress report on bargaining.

Meetings will be held at sites on Vancouver Island, Hope and Vancouver. For meeting time, date and location details, please click here.