HEU members in community social services get ready to bargain 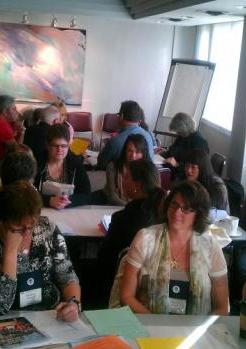 With the community social services collective agreement set to expire on March 31, about 25 HEU members working in the troubled sector met in Victoria on October 29 and 30 to elect a new bargaining team and set their bargaining priorities.

In her opening address, HEU secretary-business manager Bonnie Pearson commended delegates for the solidarity and community connections they built during the last round of negotiations. And she encouraged them to continue to keep the issues affecting community social services alive in the public domain.

“You’ve achieved a great deal of credibility and you have made it harder for government to divide you from others in the sector,” said Pearson.

Throughout the two days, delegates worked together to identify the key challenges members face in providing support to vulnerable citizens and their top bargaining priorities.

Those priorities include a general wage increase and cost of living allowance, restoration of former sick leave provisions, no contracting out and restored successorship rights, and improved health and welfare benefits. 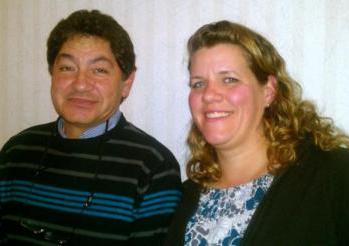 HEU is one of nine unions represented in the Community Social Services Bargaining Association. Bargaining demands approved by the conference will be sent to CSSBA on behalf of HEU’s community social services membership.

Members are encouraged to talk to delegates from their local who attended the conference, and to set up communication networks at their job sites in preparation for bargaining.