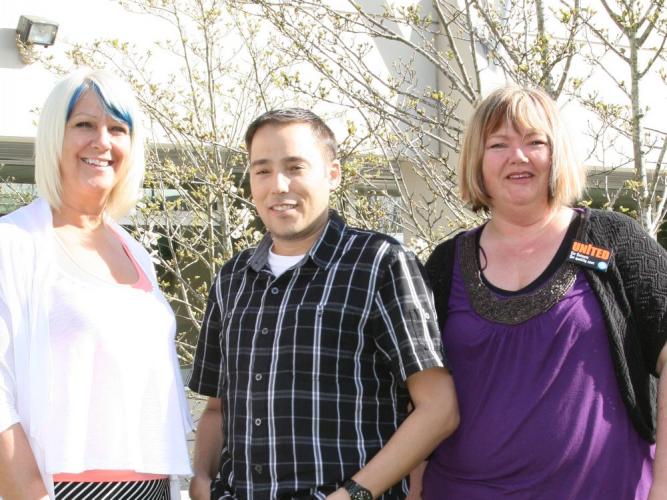 Bargaining resumed on April 9 and 10 between Sodexo and your HEU three-person bargaining committee, representing 240-plus members at Abbotsford Regional Hospital and Cancer Centre (ARHCC).

During the last round of bargaining in March, your committee put forward wage and benefit improvements similar to those Sodexo had ratified with HEU in other facilities last fall.

In this round, the employer replied to the union’s demands, but their initial offer fell far short. As a result, the employer was forced to sharpen their pencils and tabled a monetary package on day two with improvements to their original wages and health care benefits offer.

The employer also dropped their earlier demand for an annual physical assessment for some members. The test would have been both intrusive and contrary to WorkSafeBC regulations.

However, while headway was made, several other issues were unresolved, including the employer’s demands for lower wages for new hires and lower wage increases for Starbucks workers.

“We are seeking one more day of negotiations with Sodexo to attempt to finalize a deal,” says HEU bargaining coordinator Susan Fisher. “Whenever we get back to the bargaining table, we’ll either reach a tentative agreement for members to vote on, or have to look at other options such as seeking a strike vote – our members’ and committee’s patience is running out.”

Approximately 240 HEU members working at ARHCC in food services, housekeeping and patient care are employed by Sodexo. The previous collective agreement expired almost one year ago on May 31, 2013. The terms and conditions remain in force while the parties negotiate a new agreement.