Late Tuesday night, the HEU-Aramark bargaining committee reached a tentative agreement with the employer for a four-year contract, with the assistance of top mediator Vince Ready.

During two days of intense negotiations, it was clear Aramark wanted to reach a deal. The company felt pressure from the 97 per cent strike mandate, along with member-led work site leafleting and increased media publicity. 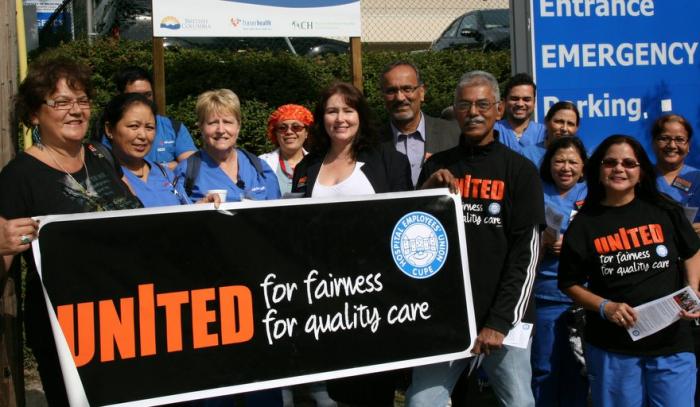 As a result of these member actions, Aramark was forced to move on key compensation issues. It dropped its demand to keep 70 per cent of the savings from the $270,000 identified during negotiations that would result from moving members to a PharmaCare program. Under the tentative deal, 100 per cent will now go into improving member benefits.

As for measures to improve respect and dignity on the job, in June Aramark agreed to new language promoting a respectful work site that formally prohibits verbal, visual or physical harassment.

Ratification votes will be scheduled for later in October where members will get a chance to vote on the package.

Members to vote on tentative deal

Members will now decide whether or not to accept the proposed contract. Your bargaining committee recommends acceptance.

A comprehensive report with full details of the agreement is being prepared for members to review, and ratification votes will be scheduled in the near future.

Meeting notices and the voting schedule will be posted on union bulletin boards and online here on the HEU website.