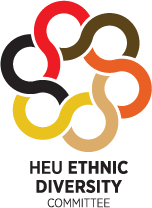 One union, many colours!

The true measure of a union’s strength is in its diversity. HEU’s Ethnic Diversity Standing Committee has used education and action, at the workplace and within the union, to raise awareness that there is unity in diversity.

Formed in 1994 as the Visible Minorities Caucus, members decided they wanted to be more inclusive, and changed the name a year later to its current one. Committee members come from various ethnic, religious and cultural backgrounds.

The committee aims to break down barriers to develop a better understanding among HEU members by educating one another about diversity, and raising awareness about the physical, emotional and mental hazards of racism and discrimination.