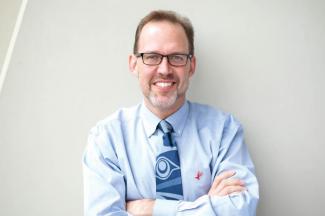 It certainly was a provincial election like no other.

Now, with a minority NDP government, supported by the Green Party, taking up the reins of power in Victoria, we are hopeful for better days ahead.

And like the rest of the province’s labour movement, we are ready to roll up our sleeves and work with a government who knows many of our issues, and respects working people and their organizations.

This alone is a huge improvement after 16 years of rule under the Gordon Campbell and Christy Clark B.C. Liberals.

Out on the campaign trail this spring, so many HEU members got involved in our democratic electoral process. Some worked on campaigns. Others attended events and rallies. And many used social media to urge their co-workers, friends and families to cast a ballot, and make it count for change.

There’s no question, together we made a difference. Now, with the results in, our political action work begins again in a new political environment.

Some members have asked me why we put so much effort into calling for a change of government.

During elections, we work hard to encourage members to participate and exercise their democratic right to vote. But the union’s political action work doesn’t stop there.

Between elections, we use our collective voice to press for the policies and changes needed to improve our members’ lives at work and in their communities. Then, when an election is called, it provides us with an opportunity to carry those positions forward to the ballot box.

HEU members – like the vast majority of working people – have suffered a great deal of damage because of the policies legislated by the BC Liberals. So have our health care system, social services agencies, schools and post-secondary institutions, municipalities, our environment, and much more.

There’s no question that it will take significant time and effort for any government to undo that damage, where it can.

However, no matter the uncertainties ahead, we can be proud that we have used our collective voice and resources to help shape a new political landscape in this province.

But regardless of who is in power, our job remains the same – to champion the changes needed to build a better B.C. for all of us.