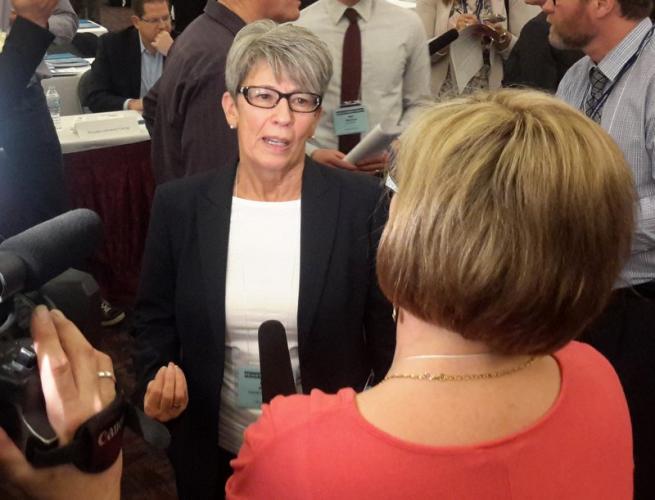 Budget 2015 confirms B.C.’s status as a have-not province when it comes to supporting health care services for its citizens, ranking eighth among Canadian provinces in per capita health care spending. In 2001, B.C. ranked second.

Health authorities’ spending increases will average less than two per cent annually (4.9 per cent over three years, down from 6.3 per cent forecast in Budget 2014), barely enough to keep pace with population growth and inflationary pressures.

“There is little room for health authorities to take action on improving working and caring conditions in our hospitals and nursing homes,” says Pearson.

“For our members, this budget means that crushing workloads will continue, and their ability to provide quality care to B.C. patients will be compromised.”

“For example, government’s refusal to find $10 million over ten years to upgrade an efficient hospital laundry system in the interior may result in its privatization, and the loss of 175 decent, family-supporting jobs in those communities,” says Pearson.

The budget identifies health authority obligations related to so-called public-private partnerships at $1.2 billion. Recent reports by the Ontario auditor general and the B.C. finance ministry suggest the justification for P3 financing may be flawed.

While failing to deliver on critical priorities, the provincial government will still shift nearly $100 million in additional costs to B.C. families through another increase to Medical Service Plan premiums on January 1, 2016.

HEU is the largest health care union in B.C. with 46,000 members in hospitals, care homes, community services and in health care logistics and supply operations.