The Hospital Employees Union (HEU) is calling on the federal Liberal government to honour its 2015 election commitments to bring back a national Health Accord in partnership with British Columbia and the other provinces. 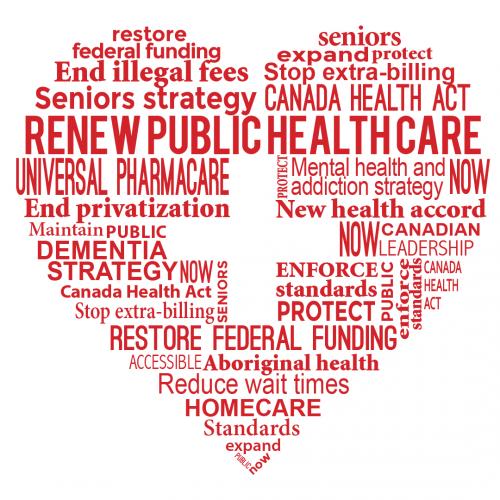 “March 31 marks the second anniversary of the previous Conservative government’s decision to terminate the national Health Accord on federal support for health care,” says HEU secretary-business manager Jennifer Whiteside. “And when this agreement ended, then Prime Minister Harper also ordered a decade-long series of health care transfer cuts to the provinces totaling $36 billion.”

Until two years ago, the Health Accord set the level of annual health care funding Ottawa provides to the provinces and territories. However, in late 2011, the previous Conservative government unilaterally announced it would not renew the agreement, setting the stage for the accord’s expiry on March 31, 2014.

Since the cuts came into effect, health care experts say B.C. will lose half-a-billion dollars in federal funding for public health care by the end of this year. If funding for a new health accord does not keep pace with inflation and B.C.’s growing and aging population, our province will suffer another $4.5 billion in transfer cuts between 2017 and 2024.

“B.C.’s public health system cannot sustain any more losses,” says Whiteside. “The billions of dollars in cuts will reduce the quality of care for patients and residents, undermining Canada’s most cherished social program and effectively setting our country on a path to two-tiered, American-style health care.”

“HEU and other public health care advocates across the country still hope that later this year the federal Liberal government and the provinces will successfully negotiate a new Health Accord that restores the $36 billion cut by the Conservatives,” says Whiteside. “However, last week’s federal budget made no mention of specific funding for a new health accord, despite their commitment to action in the last election.”

In terms of actual health spending commitments in the March 22 federal budget, less than $300 million was allocated for a handful of health care programs over the next three years. In contrast, health care transfers to the provinces will be cut by nearly $5 billion over the same period, if no new funding is designated in the promised health accord.