Escalating laundry privatization costs in the Lower Mainland should raise warning flags about a similar scheme being floated in the Interior Health Authority, says the Hospital Employees’ Union.

Published financial statements show that payments for private laundry contracts made by Vancouver Coastal Health, Fraser Health and Provincial Health Services authorities, as well as Providence Health Care (PHC), grew by $23 million, or 170 per cent, since 2007.

The union says that IHA could face a similar situation if it decides to sell off its existing laundry equipment and sign a ten-year deal to privatize hospital laundry services.

“We’ve been urging the IHA to adopt a made-in-the-Interior approach to maintaining a valuable and efficient service that supports quality health care,” says Whiteside.

“Contracting out this service puts 175 family-supporting jobs at risk in communities across the region. And the loss of expertise and equipment would severely limit the health authority’s ability to bring this service back in-house down the road.

HEU looked at vendor payments made by Lower Mainland health authorities and PHC to K-Bro and Ecotex – the two private companies that cornered the hospital laundry market in the Lower Mainland more than a decade ago.

Last fall, the IHA announced that it would explore the privatization of hospital laundry operations in 11 hospitals, citing capital replacement costs.

IHA invited a short list of vendors to bid on the work in February and is expected to make a decision later this month.

There is growing public opposition to the privatization of hospital laundry services in the IHA. Eight city and district councils have passed motions to protect jobs and hospital laundry in their communities, and more than 12,400 British Columbians have signed a petition, tabled last month in the provincial legislature, that opposed the move. 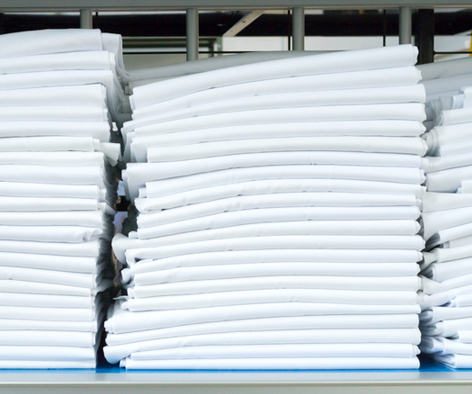