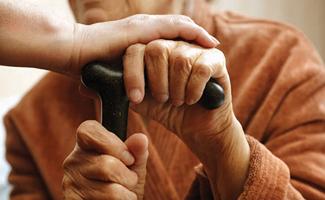 Last May, VCHA issued a Section 54 notice to the union, announcing its decision to redesign the care delivery model at the hospital. They cited “safety concerns, staffing shortages, high turnover of staff, lack of clinical support for RNs, and budget constraints.”

The union successfully refuted each of those arguments.

“These care aides live in the community, share the Heiltsuk history, culture and language, and hold family-supporting jobs that are an important part of Bella Bella’s economy,” says HEU secretary-business manager Jennifer Whiteside. “They collectively represent more than 70 years of experience providing culturally appropriate care to the people in their community, including frail seniors.”

At issue was Vancouver Coastal’s failure to consult with the Heiltsuk Tribal Council on how this move would impact the Nation’s traditional, holistic health care delivery on their own land, or its effect on band members who rely on familiar care services specific to their unique culture.

The health authority’s proposal would replace HEU Heiltsuk care aides with LPNs brought into the remote community from nursing agencies or other health authorities. And VCHA did not properly inform the care aides of their layoffs or their rights.

The Heiltsuk Nation took the VCHA to task, citing sections from Canada’s Truth and Reconciliation Report and the United Nations’ Declaration on the Rights of Indigenous Peoples (UNDRIP), signed by Canada, as proof the band’s human rights were being violated, which is grounds for legal recourse.

And both the Heiltsuk Health Centre Society’s board of directors and the First Nations Health Authority threw their support behind the care aides.

“This victory is the direct result of the respectful collaboration between the Heiltsuk Nation, the care aides, the union and community supporters,” says Whiteside. “Together, our voices were heard.”