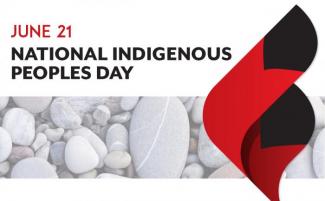 June 21 – National Indigenous Peoples Day – is a time to honour, celebrate and stand in solidarity with Indigenous peoples here and across Canada.

The union’s Indigenous Peoples Standing Committee encourages all HEU members to join in local celebrations taking place throughout the province, and to commit to learning, listening and actively supporting Indigenous peoples’ calls for truth and justice wherever they can.

As a social justice union, HEU acknowledges the historical and ongoing harm inflicted upon the Indigenous peoples of Canada, and fully supports the 94 calls to action recommended by Canada’s Truth and Reconciliation Commission.

At the same time, we continue to demand the Justin Trudeau government deliver on its promise to address the urgent need for safe drinking water for Indigenous communities, and we support the more than 230 calls to justice contained in the recently released report from the National Inquiry into Murdered and Missing Indigenous Women and Girls.

In particular, our union accepts the Inquiry’s call to learn about the histories and cultures of Indigenous peoples, and to confront and speak out against racism, sexism, ignorance, homophobia and transphobia, and to teach or encourage others to do the same.

As the B.C. health care division of the Canadian Union of Public Employees, HEU joins with our national union in recognizing the historical and ongoing injustices Canada has inflicted through its failed policies and laws to assimilate Indigenous peoples. And we acknowledge and respect the rights of Indigenous peoples to their traditional, unceded territories, and to their rights to preserve and protect their cultures and languages.

HEU has proudly represented health care workers at First Nations’ health centres and services since the mid-1990s, after overcoming significant legal challenges to do so.