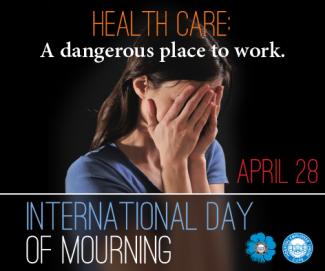 On April 28, HEU is joining with unions across the country to mark Canada’s National Day of Mourning, which remembers and honours workers killed, injured or disabled on the job, and reaffirms our commitment to make our workplaces healthier and safer.

On this day, annual ceremonies throughout the province will honour workers injured or killed on the job and those who have died from work-related incidents or occupational disease.

According to WorkSafeBC’s most recent statistics released last year, there were 146,814 workers injured on the job and 203 workers who died because of a workplace incident.

To raise awareness among HEU members and their families about the importance of the National Day of Mourning, the HEU People with disAbilities Standing Committee is holding its fifth annual children’s colouring contest, as part of its Blue Poppy Campaign. Contest details are available on our homepage, under Hot Picks.

For events in your community, check with your local labour council or visit the B.C. Federation of Labour’s website 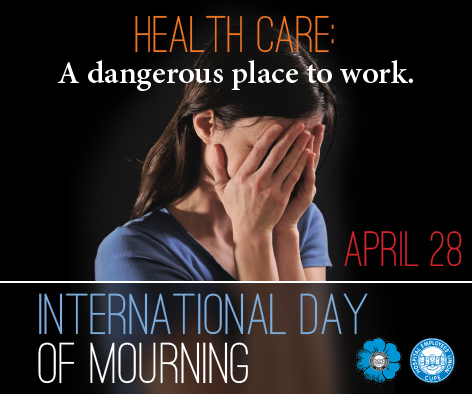