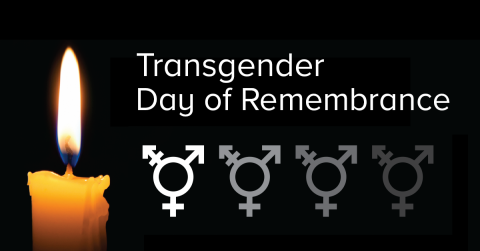 Transgender Day of Remembrance is observed on November 20 to recognize and honour members of the trans community, who have been murdered or assaulted for expressing their gender choice – those living openly in a gender that differs from their sex assigned at

Hate crimes – particularly in the trans community – are on the rise. And like many acts of violence committed against marginalized people, these crimes often go unsolved. The suicide rate among trans people in Canada is also one of the highest: over 10 per cent of the total population of trans individuals have tried to commit suicide.

That’s why HEU is committed to recognizing and defending the human rights of our transgender members, and supports advocating for the inclusion of sexual orientation and gender identity, as prohibited grounds for discrimination, in respectful workplace policies.

Most provinces have passed human rights legislation to add “gender identity” and “gender expression” to the discrimination list, with the exception of Manitoba, Saskatchewan and the Northwest Territories which only include “gender identity”.

In May 2016, the federal government tabled Bill C-16 which would update the Canadian Human Rights Act and the Criminal Code to add the protection of “gender identity” and “gender expression.”

As a trade union that has proudly championed labour, social and human rights protections for all citizens, not just workers, HEU delegates passed a resolution at 2014 convention to lobby governments “to fully fund the cost of sex reassignment surgeries, hormone treatments, and procedures necessary to undergo gender transition.”

But in many work environments and countries, trans people experience unspeakable prejudice and brutality. They’re bullied, ostracized and beaten. And in worst case scenarios, they’re even killed. Brazil has the world’s highest transgender murder rate.

There’s much work to be done. Medicare coverage for gender reassignment surgery and treatment is inconsistent across Canada. The process for changing one’s name and gender on legal documents, like birth certificates and passports, remains a huge hurdle for trans people. Accessing public washrooms without fear of verbal or physical attack is another everyday concern. And barriers still exist in accessing housing, employment, health and social services.

This day originally started as a candlelight vigil in 1999, a year after male-to-female Rita Hester was murdered in San Francisco.