HEU urges Ottawa to put the heart back in health care 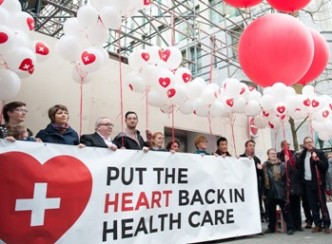 Canada’s health ministers were meeting for two days to begin talks about the future of health care, following a decade of neglect by Stephen Harper’s Conservatives.

“Certainly our members – health care workers – see a system that is struggling to meet the public’s needs every single day,” says Whiteside. “In his 2015 election campaign, Prime Minister Justin Trudeau promised to negotiate a new health accord that included a long-term agreement on funding. That’s a good start, however Canadians need and deserve better.”

She says the feds need to work with the provinces and territories to not only establish a new health accord, but to restore federal health transfers to a minimum of 25 per cent.”

Health care advocates also provided advice on how governments can achieve substantial savings in the system. 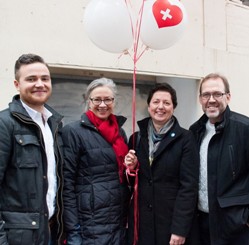 “A national public drug plan that ensures access to the drug therapy they need at no little or no cost, along with a national seniors' health care strategy with cross-country standards, would save billions of dollars in the long run,” says Whiteside. “We also need to stop extra-billing and illegal fees, and instead channel those dollars back into the system.”

While Ottawa and the provinces are unlikely to make any big announcements coming out of their meetings, Canada’s health ministers can make no mistake that health care advocates will continue to pressure all governments to make restoring public health care a top priority.

Be sure to read Jennifer Whiteside’s Vancouver Sun article on the HEU website news blog.