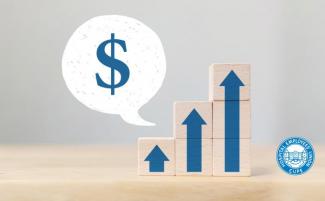 As part of the 2019-2022 contracts, tens of thousands of HEU members will get a pay boost this month.

During contract talks, the Community Bargaining Association (CBA) negotiated Low Wage Redress language to address the compensation disparity between community health and facilities workers doing similar jobs. In addition, HEU’s community health workers will receive the following increases, effective the first pay period after April 1: a general wage increase of two per cent; and a night shift differential hike to $2.50 per hour for employees who work the major portion of their shift between midnight and 8 a.m.

HEU’s community social services members – like CBA members – had Low Wage Redress negotiated in their collective agreement. In addition, the Community Social Services Bargaining Association secured a two per cent general wage increase, effective the first pay period after April 1, along with comparability adjustments for certain benchmarks; a transportation allowance of 51 cents per kilometre; and the removal of $10/visit reimbursement cap for paramedical services under the Extended Health Care Plan.

HEU members covered under the Single-Site Order, whose wages were levelled up, will also get the two per cent general wage increase. The BC NDP government announced those levelled-up wages will remain in place even after the pandemic is declared over.

More information can be found under the bargaining section of the website.