These closed captioning ads profile the HEU team at work for patients.

In this ad, front-line care aides ask that we give them the time to care, in this 30-second ad celebrating Health Care Assistant Day on October 18.

HEU ran this ad in First Nations communities across the north and the interior during the 2013 provincial election.

HEU members work in every area of health care, providing care and support to patients and residents across B.C.

We're uniting a team around their care in hospitals and care facilities around the province.

Right now, HEU is at the bargaining table with its union partners seeking a fair and reasonable deal for 46,000 health care workers in the Facilities subsector.

The ad will air across B.C. over the next few weeks on various television channels. 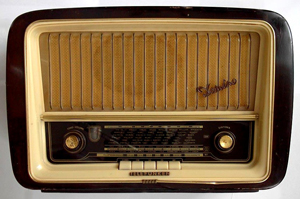 Our union has taken to the airwaves many times over the years on issues ranging from workload and wages to privatization and seniors’ care.

We’ve archived most of the TV and radio spots we’ve aired since 2001 right here, starting with the most recent campaigns.

Watch the December 2009 television ad of HEU members and the work they do in B.C.’s hospitals and long-term care facilities.

Listen to Barb, a Licensed Practical Nurse at Royal Inland Hospital, speak about why keeping our in-house security is important for patient and worker safety.

HEU’s second TV ad in support of the Stand UP for Seniors' Care campaign.

These ads recount the crisis facing seniors’ care in B.C. and ran as part of HEU’s Stand UP for Seniors' Care campaign.

This TV ad points to the impact of low wages on quality services in B.C. hospitals. It aired as HEU bargained for new contracts covering about 3,500 members employed by Aramark, Sodexo and Compass

This series of TV ads features HEU members, and talks about their roles on the health care team. It’s part of the union’s efforts to reach collective agreements that deal with workload and a retention and recruitment crisis made worse by legislated wage cuts in 2004.

HEU kicks off 2006 with a series of radio ads that includes our commitment to bargain a contract that’s fair to workers and improves health care for everyone.

In the lead up to the May 2005 provincial election, the government of BC Liberal premier

Gordon Campbell spent millions of tax dollars on feel-good ads, despite their promise not to.

Their business supporters - like the BC Business Council and the Coalition of BC Businesses – also spared no expense to run their own pre-election ad campaigns.

HEU ran its own pre-election ad featuring a rolling list of hospitals affected by Campbell’s cuts set against the backdrop of a typical BC highway scene with a fading hospital road sign.

In 2006, "Closed" was recognized as the best in its category of political broadcast advertising winning a gold in the Summit International Awards, and also received an honourable mention in the International TV category in the Pollie Awards of the American Association of Political Consultants.

HEU is joined by the BC Federation of Labour, the BC Government and Service Employees’ Union, the BC Teachers’ Federation and the Federation of Post-Secondary Educators in this light-hearted look at the BC Liberal government’s use of advertising to get itself out of a sticky situation.

The BC Liberals’ message in early 2004 was that their policies were bringing out the best in BC — but things were getting worse in health care. Contract rollbacks demanded by employers, longer wait lists, seniors going without care, and thousands of skilled workers—mostly women—losing their jobs.

These ads ran in the months leading up to a province-wide health strike and unprecedented legislation that rolled back wages for health care workers by 15 per cent.

And this series of ads aired beginning February 23, 2004:

The BC Liberals’ health privatization scheme will result in 5,000 skilled and experienced front-line health care workers losing their jobs over the next few months - the largest mass firing of women workers in Canadian history. HEU campaigns for alternatives. On-air starting March 17, 2003:

And will sacking these workers make the care you and your family receive better or worse? This ad ran the week of March 3, 2003.

On the verge of massive layoffs in health care, HEU asks why privatize health services when the costs are so high and the track record has been so poor?

And a Vancouver Hospital housekeeper talks about her job, the Premier’s broken promise and wonders about the government’s priorities ran January 20-22 on CKNW’s Rafe Mair Show.

Gordon Campbell’s push to privatize hospital housekeeping is putting patients at risk by delivering critical health care jobs to low wage contractors. These radio ads on-air between December 26, 2002 and January 8, 2003 feature a front-line housekeeper and a patient who talk about why privatization is the wrong answer.

This ad paints a graphic picture of the consequences of privatization in other countries. "Disturbing Results" won silver in the International TV category at the 2004 Pollie Awards of the American Association of Political Consultants.

In "One Mistake" (Windows Media - .wmv format) front-line HEU members tell the public why their jobs matter to patients and shouldn’t be privatized.

A series of 10-second sponsorship spots aired at the same time.

Can Gordon Campbell be trusted with health care? A new radio ad that aired February 5, 6 and 8 suggests that he can’t. He broke his commitment to respect the legally-negotiated collective agreements of tens of thousands of health care and community social services workers. The ad includes a clip of Gordon Campbell’s now famous interview with the union newspaper the Guardian.

To prepare the ground for a privatization offensive, Victoria and its allies are mounting a full scale attack on HEU members who don’t provide direct patient care services. Listen to what two health care support workers have to say about the job they do and how it’s a crucial part of patient care delivery.

Gordon Campbell’s Liberals are talking privatization. Listen to HEU’s ad taking on the new government on the issue of privatizing long-term care facilities. It’s running on the Rafe Mair Show on CKNW from March 19 through March 26.

A report released by HEU shows that staffing levels in BC’s long-term care facilities are at dangerously low levels. And a radio ad airing across the province February 19-23 explains to the public why front-line caregivers are fighting for better seniors’ care at the bargaining table.

HEU members back their demands for better working and caring conditions with a series of radio ads that aired on Boxing Day and ran until January 5.

The three ads take the form of a radio call-in show and highlight health care workers’ efforts to improve our health care system through increased staffing levels, more training opportunities and by putting community health services on a level playing field with hospitals and long-term care.