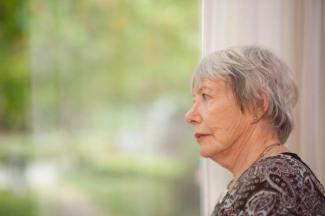 COVID-19 has shone a light on serious problems in our seniors’ care system resulting from years of underfunding, privatization and precarious working conditions. These problems are not isolated to long-term care, however. New research published today looks specifically at the state of assisted living here in BC, and concludes a review by the province’s Seniors Advocate is urgently needed.

The research study published today by the Canadian Centre for Policy Alternatives, Hospital Employees’ Union and BC Health Coalition is a response to concerns we were hearing from people living and working in assisted living. The study draws on interviews with care aides and licensed practical nurses (LPNs) working in the sector, and a smaller number of seniors in assisted living facilities and family members of residents.

Assisted living was introduced in 2002 as a less institutional environment for seniors with less complex needs than long-term care. It offered the promise of greater independence and being able to live in a more home-like environment—which are important and highly valued by seniors. Assisted living residences provide meals and a variety of mainly non-medical services to seniors living in apartment-like units. In contrast, long-term care operators provide 24-hour personal support and nursing care for residents with severe dementia and/or limited or no mobility.

Since its introduction in 2002, the assisted living sector has grown to more than 7,600 units provincewide. Troublingly, the majority are owned and operated by for-profit companies, and more than 40 percent are entirely private pay (100 per cent of the monthly fee is paid by the senior or their family with extra charges for any additional service, no matter how small).

A common theme in the research interviews was the difficulty moderate- and lower-income residents experienced in getting access to the services they needed in private-pay assisted living. While the issue of affordability is much less severe in publicly-subsidized residences, there are still challenges. For example, across both private-pay and subsidized assisted living, LPNs and care aides reported residents using towels as adult diapers or for wound care, skipping meals not included in basic food packages, or wearing dirty clothing because laundry detergent was too expensive or could not afford to buy new clothes.

[One resident living in a private pay facility] fell outside on the patio… She tripped on something and fell and she said there was something in the way… They didn’t even come and see her and ask her what had happened and how she fell and what she fell on. And she has glaucoma so she smashed up her hand and couldn’t put her drops in, so they charged her for putting in the drops. They charge for every little thing. ~Nava, resident

The research also points to a significant number of seniors in assisted living who do not appear to qualify under provincial legislation. That legislation requires that assisted living residents be able to direct their own care and make decisions needed to live safely. LPNs and care aides reported struggling to meet the needs of residents who did not meet these criteria but were nevertheless living on their own in assisted living. This included residents with significant mobility limitations (ex, requiring mobility aides), moderate to advanced dementia, and some who are palliative.

Many of the interviewees and focus group participants commented that assisted living increasingly looks like under-resourced long-term care.

[The] local hospital is very bad at giving them [assisted living residents] a quick assessment and sending them back…and I spend days…on the phone talking to the hospital explaining to them…You can’t send somebody back that’s not walking anymore, that can’t call for that help, that’s not getting out of their room on their own. ~ Saoirose, LPN

When faced with the choice between institutional care or embracing greater health risks in exchange for more independence, many of us would choose to live at risk. But the interviews suggest that living at risk is not always a genuine choice for seniors, nor are the resources needed to support residents, their family members or staff consistently available.

I found a resident sitting in her chair, frail looking, clothes with holes, not wanting to move, a tray in front of her with untouched food and beverages, I asked this resident to stand, she was unable to pull herself up due to weakness, she had barely eaten in weeks according to a chart in her room, she had tattered soiled underwear with no replacements. I spoke to the General Manager stating we need to get involved in her care as she was deteriorating and not aware of her declining condition, I was told this was not my concern, the resident has the right to live at risk, I called her son who stated she was “fine”, I continued to push anyways to finally have her case worker come in to assess, she was immediately placed in long-term care and passed away within a week. She was suffering and I was helpless to intervene without putting my position at risk with the employer. ~Ava, LPN manager

In subsidized and especially private-pay assisted living, stories like these from front-line staff were common. LPNs and care aides reported being unable to do what they ethically know they should as a result of institutional constraints like low staffing levels and a lack of resources.

[We have] residents coming into care, not accurately or adequately assessed, it happens. And to watch somebody struggle to try to get up because my co-worker is busy, like it just…I feel terrible and it shouldn’t happen, but it does. And ultimately, it’s the residents who suffer for it, you know, physically, [and with their] dignity. ~Devorah, care aide

As in long-term care, the workforce of care aides and LPNs providing front-line care to seniors is systematically undervalued through low pay and precarious working conditions, and is dominated by racialized and immigrant women.

Care aides interviewed for this study emphasized the wide breadth of their duties, the inadequacy of wages as compared to their counterparts in long-term care, heavy workloads and very high injury rates. Virtually all care aides and LPNs interviewed spoke of the need for more staff to cope with the increasing complexity of resident care needs. Many reported missing lunch or coffee breaks or paying out-of-pocket for supplies residents could not afford.

Front-line staff also reported a high rate of ER visits and hospital admissions, particularly due to falls. Acute care is the most costly part of the health-care system, and public resources would be better spent on increased staffing levels along with access to training and equipment to support assisted living staff to reduce the risk of falls and staff injury rates, build more support relationships with residents and provide basic health services (e.g., services related to urinary tract infections, complex wound care and palliative care). Improving the working and caring conditions in assisted living could significantly reduce costs in other parts of the health system.

While this research is by no means a comprehensive review of the assisted living sector, it raises serious concerns that warrant such a review by the BC Seniors Advocate, with input from residents, their families and friends, staff and community members along with experts and the province’s health authorities.

In the meantime, the provincial government should immediately enhance enforcement by the assisted living registry, by substantially increasing the number of assisted living investigators, and by developing policies that build on the inspection provisions in the Community Care and Assisted Living Act.

Likewise, the province should take immediate steps to address the needs of assisted living workers by reviewing their pay, working conditions, training, and the injury prevention programs provided in the sector.

Assisted Living has become an essential part of the continuum of seniors’ services BC and an attractive alternative for seniors because of its promise to provide care in a “home-like” as opposed to “institutional” setting. And yet, many of the issues uncovered in this study mirror the concerns raised about long-term care since the onset of the pandemic—privatization, low staffing levels, poor quality of care. These concerns require the immediate attention of the Seniors Advocate and provincial government if assisted living is to live up to the promise of providing quality care in a home-like setting.

You can read the full report, The Place of Assisted Living in BC’s Seniors Care System: Assessing the promise, reality and challenges here.