Update on the DEI project

A number of common themes emerged from the consultations.
HEU members told us:

What is the current Provincial Executive structure?

The 22-member Provincial Executive includes two full-time elected officers – the president and the financial secretary – as well as three vice-presidents, a senior trustee, a senior trustee elect (four-year term), an additional trustee, and 13 regional vice-presidents. HEU’s secretary-business manager, a hired position that is ratified by members at Convention, is also a member of the P.E. 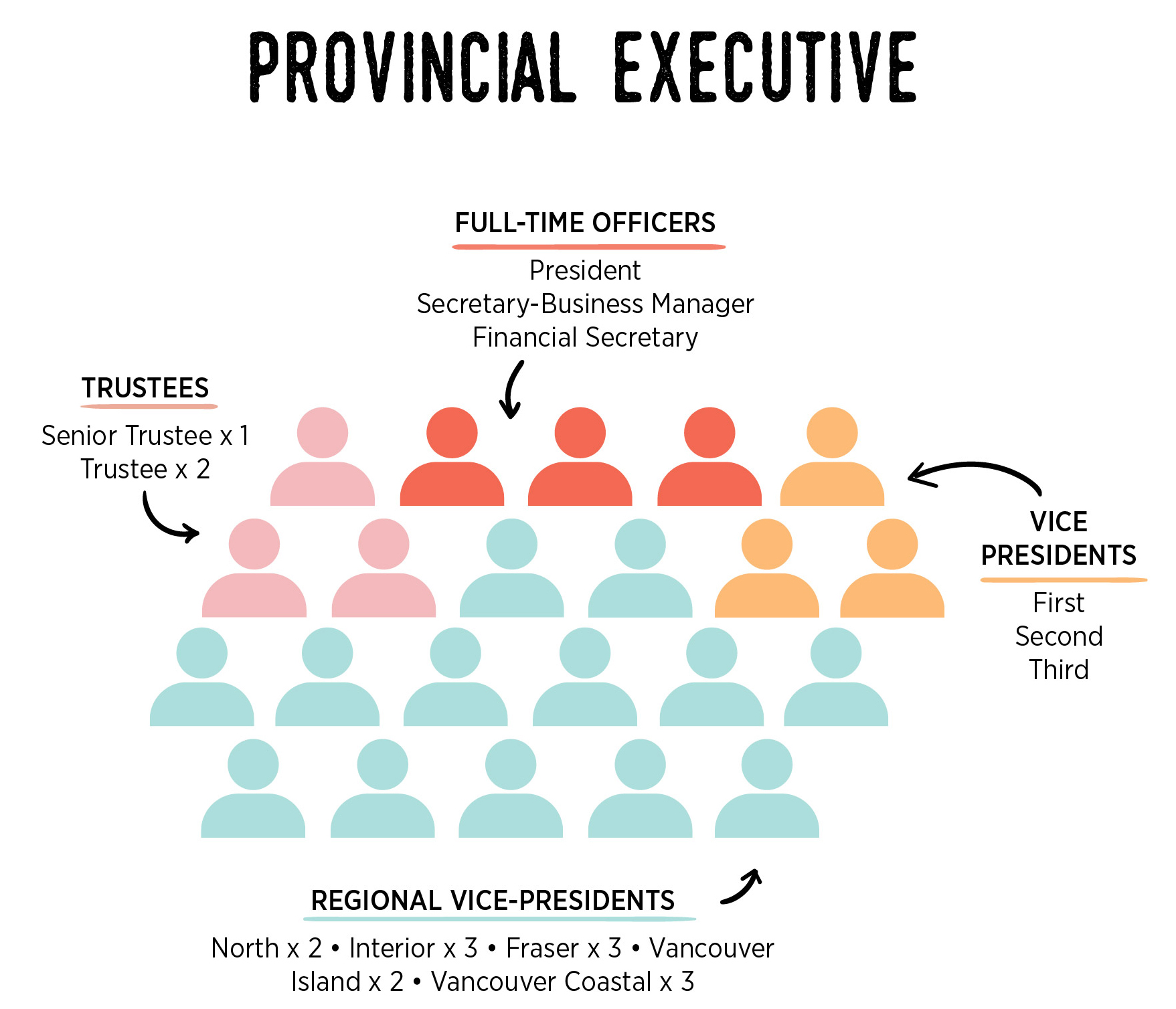 What is the role of the Provincial Executive?

The role of the P.E. is set out in HEU’s Constitution and By-Laws. It is responsible for implementing the goals and policies set by the union’s membership, and guiding the work of the union between conventions. 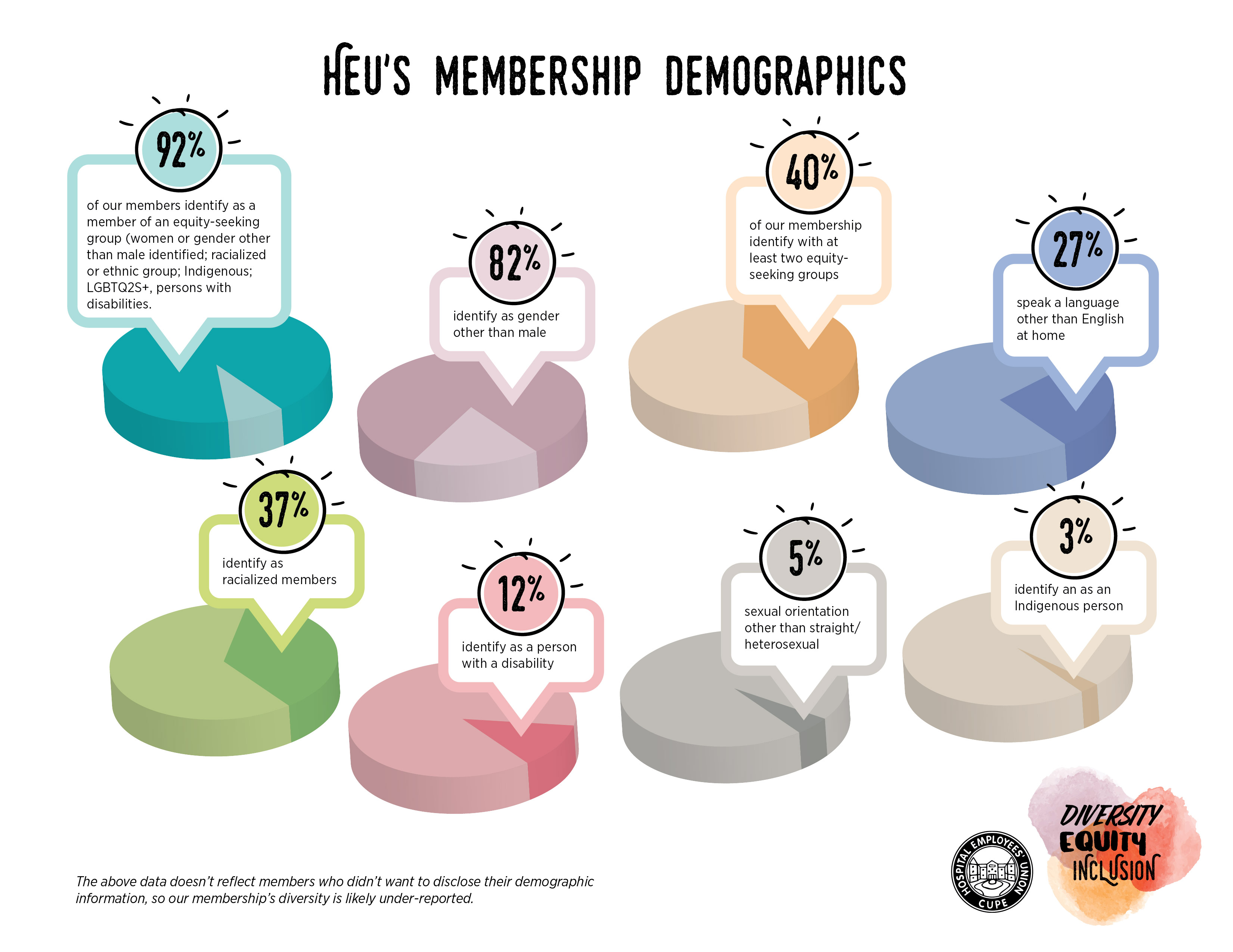 In response to the DEI Working Group’s report and recommendations, the Provincial Executive has submitted one constitutional amendment and two resolutions for consideration at HEU’s 32rd Biennial Convention in November 2021.