HEU’s Provincial Executive (PE) is elected by delegates every two years during the union’s biennial convention.

The PE is responsible for implementing the goals and policies set by the union’s membership, and guiding the work of the union between conventions.

An HEU member since 2006, when she worked as a licensed practical nurse, Barb was first elected to the PE in 2012 as regional vice-president (Interior), then elected 2nd vice-president in 2014, and then 1st vice-president in 2016. She served on the 2012 FBA bargaining committee, and has held various positions on her local executive, including chief shop steward and chair.

Barb has served several terms as president of the Kamloops and District Labour Council, a term that concluded at the end of 2018. She has also served on CUPE and B.C. Federation of Labour (BCFED) political action committees. As HEU president, Barb represents the union as a BCFED officer and a CUPE National Executive Board member. 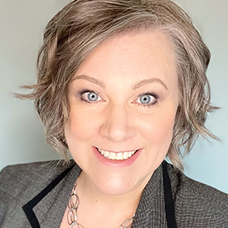 Secretary-Business Manager Meena Brisard joined the HEU as its secretary-business manager in the summer of 2021. In 2022, she led the facilities bargaining association through more than seven months of challenging negotiations on behalf of 60,000 health care workers.

Working with the FBA bargaining committee, she secured one of the most comprehensive collective agreement settlements in the union’s history – including significant wage and COLA adjustments, and a long-overdue process to address deep wage cuts made by the BC Liberals in 2004.

Raised in Mission by immigrant parents who both worked union jobs, Meena learned about trade unionism at a young age. While working at the 9-1-1 Call Centre at the Vancouver Police Department, she successfully led an organizing drive when the Centre was privatized.

She later went on to lead the Call Centre’s first strike and became their media spokesperson. For the past 20 years, Meena has been on staff with the Canadian Union of Public Employees (CUPE). And since 2014, she has been a member of CUPE’s senior management team.

In 2018, Meena was appointed as CUPE’s regional director in B.C., where she was responsible for managing CUPE National’s operations in the province. This included managing national staff, and overseeing all major negotiations, litigation, labour relations and human resources matters. Meena is an experienced and skilled labour leader, negotiator and advocate. 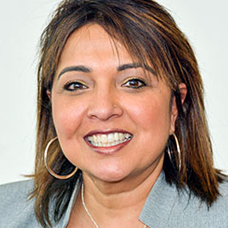 She worked in the finance department at Vancouver Coastal from 1998 to 2005, then moved to health records before taking a union leave in 2007 to serve her local as a full-time shop steward. An HEU member since 1995, Betty was first elected to the PE as senior trustee in 2014 for a four-year term.

A long-time secretary-treasurer at the VGH local, Betty has also served on a number of union committees, including HEU and CUPE global justice and peace committees. She has also worked as a facilitator for table officers’ training and on HEU’s bursary committee. 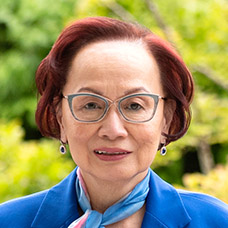 Bill McMullan, 1st vice president, residential support worker, Kardel. Bill served three terms as a regional vice-president, was elected 3rd vice-president in 2018, and was called up to 2nd vice-president in November 2020. An HEU member since 2002, he serves as chief shop steward and vice-chair of his local, and previously as senior trustee-elect, chair and shop steward. Bill is on the labour-management committee for Kardel local, and has also served on the PE environment and equal opportunities subcommittees. 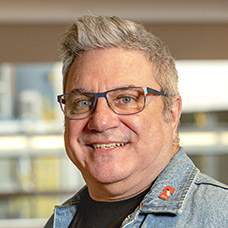 Charlotte Millington, 2nd vice president, technical analyst, Royal Jubilee Hospital. An HEU member since 2008, this is Charlotte’s second term on the PE, after serving as a regional vice president for Vancouver Island. She’s currently a shop steward at her local, and a member of her local labour-management committee. Charlotte is the HEU representative on the Victoria Labour Council and on the United Way of Greater Victoria Labour Committee. She served the Centre and North Island as an FBA EDMP steward for three years, and is the previous co-chair of her local’s joint occupational health and safety committee. 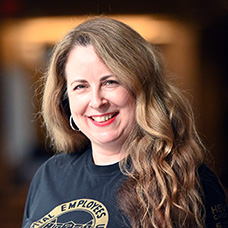 Erica Carr, 3rd vice president, clerk, Eagle Ridge. Erica is newly elected to the PE and is assistant secretary-treasurer at her local, where she has also served as trustee, chair, vice-chair and shop steward. She has served on the Young Workers subcommittee, and the Women’s Standing Committee, as well as the 2018 facilities bargaining committee. Erica is part of HEU’s Diversity, Equity and Inclusion Working Group. 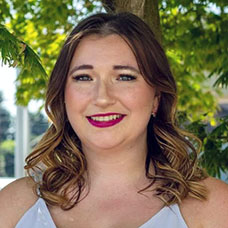 Ken Bennett, senior trustee, residential care aide, Malaspina Mid-Island. This is Ken’s second term as a trustee. As an elected alternate to the PE in 2016, he was first called up to trustee in April 2018. An HEU member since 2005, Ken is a shop steward and trustee at his local. He has held several other local positions, including chair, chief shop steward and warden. Ken was also on HEU’s 2014 Credentials committee. 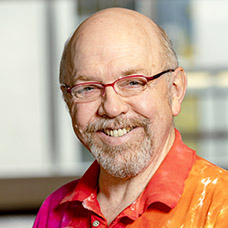 Talitha Dekker, senior trustee-elect, accounts receivable clerk, Kamloops / Thompson. This is Talitha’s third term as trustee, including a term as senior trustee from 2018-2021. Talitha was first called up to the PE in 2016, as 3rd vice-president alternate. An HEU member since 2005, Talitha has held many local positions, including chair, vice chair, secretary and treasurer. Talitha served two terms on the PE clerical subcommittee, and one year as co-chair of the retirement and pensions subcommittee. She serves on the CUPE National Advisory Committee on Pensions, is a trustee on the MPP and is involved in many other organizations. 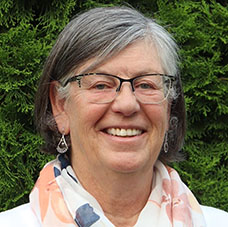 Catherine (Cathy) Black, trustee, cook, Tri- Port (Port Hardy). This is Catherine’s second term on the PE. She was elected in 2018 as a Regional Vice President, Vancouver Island. She joined HEU in 2012. Catherine is currently chief shop steward and vice-chair at her local, and has previously served as chair and trustee. She has been a member of HEU’s Equity Standing Committees for Indigenous Peoples, People with Disabilities, and Women's. 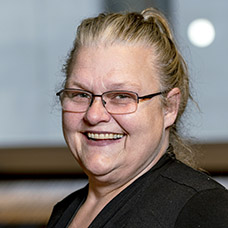 Bonnie Hammermeister, care aide, Surrey. Bonnie has been an HEU member since 1996, and this is her first term on the PE. She is chair and shop steward at her local, where she has previously also served as secretary-treasurer, trustee, vice-chair, OH&S steward and chief shop steward. She has sat on the PE Occupational Subcommittee, and the 2018 HEU Convention Amendments Committee. 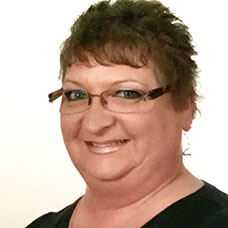 Scott McKay, care aide, Chilliwack Amalgamated. Scott has been on the PE since September 2020. He has held various positions in his locals, including shop steward and JOHS Committee member. Scott is also a delegate to the Fraser Valley Labour Council. 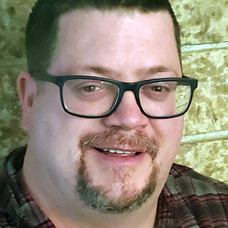 Mark Williams, Rehabilitation Assistant, Eagle Ridge. Mark is newly elected to the PE, and is shop steward, chief shop steward and vice-chair at his local. He is part of HEU’s Diversity, Equity and Inclusion Working Group. 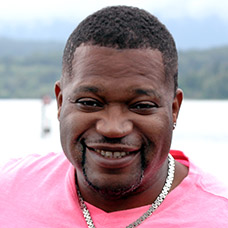 Heidi Collins, care aide, Vernon. This is Heidi’s first term on the PE. She serves as secretary-treasurer and shop steward at her local, where she has also been trustee. She has sat on the OH&S PE Subcommittee, and the Resolutions Committee. 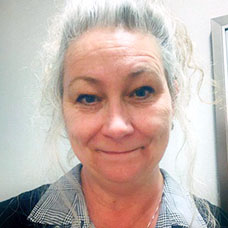 Barb Shukin, activity worker, F.W. Green. An HEU member since 1994, this is Barb’s first term on the PE. At her local, she serves as chair and chief shop steward, and has previously served as vice-chair and secretary-treasurer. She has sat on the PE subcommittees for OH&S and Retirement and Pensions, and the People with Disabilities Standing Committee, and has been a Labour Council delegate. 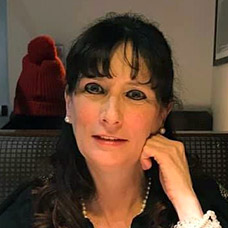 Monica Thiessen, medical lab assistant, Salmon Arm / Shuswap. An HEU member since 2000, this is Monica’s second term as RVP Interior. She is currently her local vice-chair and chief shop steward, and is an active voice on her local’s labour-management committee. Having held many local executive positions over the years, as well as OH&S steward, Monica mentors new members to take on those positions. Having a son with diabetes, Monica has been a strong advocate for Type 1 diabetes medical coverage throughout the province. 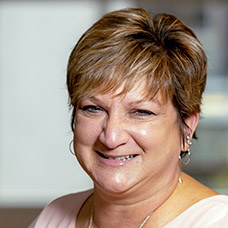 Lisa Crema, mental health worker/life skills support worker, Prince George. This is Lisa’s third term on the PE. She joined HEU in 2003. Lisa is currently her local treasurer, and is a very active shop steward and local OH&S representative. Previously a local trustee, she has also served on the union’s environment and occupational subcommittees. Lisa is a delegate to the North Central Labour Council in Prince George. 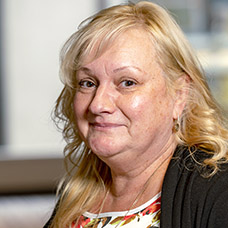 Angela Sharf, medical device reprocessing technician, Prince George. Angela is chair, trustee and chief shop steward at her local, and this is her first term on the PE. She’s been an HEU member since 2009, and has been active through her local as a delegate to North Central Labour Council, BCFed and CLC. 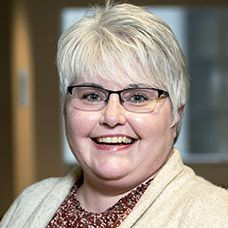 Karen McVeigh, care aide, Dogwood. Karen has served her local in many positions since 1994, including senior trustee elect, shop steward, chief shop steward, OH&S steward, and labour council delegate, and has been her local chair for more than a decade. An LGBTQ2S+ activist, Karen has represented HEU on many local and national committees, including CUPE National, the BC Fed and the CLC. She’s a founding member of HEU’s Pink Triangle Standing Committee, and has served on OH&S, women’s, and bargaining committees. 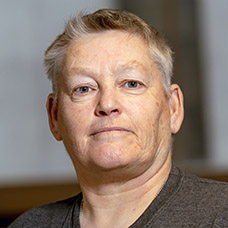 Maria Lugs, care aide, Richmond. Maria has been a care aide at the Minoru Residence for the last 19 years. She has been a shop steward for 8 years (5 years as Chief shop steward), and is the current chairperson of the Richmond Local. She is also active on the local Joint Occupational Health and Safety Committee. At the 2021 Convention she was elected to be an alternate RVP, and in June 2022 she was called to step in as one of the Vancouver Coastal RVPs. She takes a lot of pride in ensuring HEU members have fair and  respectful representation. 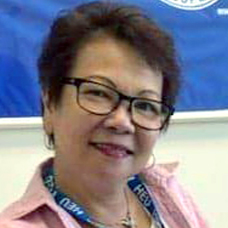 Louella Vincent, community support worker, WHR Lower Mainland. A member since 1992, this is Louella’s eighth term on the PE. She’s represented HEU on the BC Fed’s human rights and women’s committees and LGBTQ2S+ working group, and on CUPE National’s literacy and child care committees. She has served on HEU’s environment, global justice, and political action subcommittees, and was a founding member of the Living Wage Campaign. Louella is an active member of Amnesty International, champions the Red Dress Campaign and raises awareness of missing and murdered Indigenous women. She has served on the Community Social Services bargaining committee, and sits on the CUPE National Global Justice Committee. Locally, she’s been a chair, OH&S rep, trustee and chief shop steward. 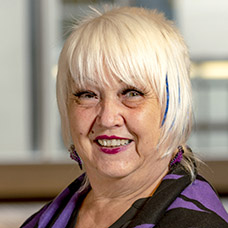 Phil Henderson, cook, Trillium Lodge and Eagle Park. Phil was elected to his first term on the PE in November 2021. An HEU member since 2007, he currently serves his local as chair and shop steward, and in the past has been trustee, OH&S steward, and vice-chair. 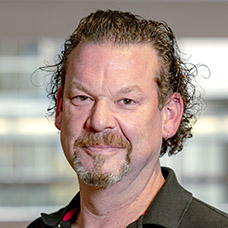 Ian Smith, technical analyst, Royal Jubilee Hospital. An HEU member since 2016, Ian serves as chair of his local, where he has also been a shop steward and labour council delegate. This is his first term on the PE. 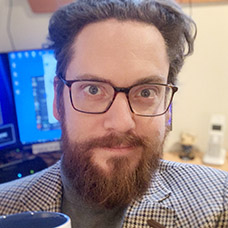