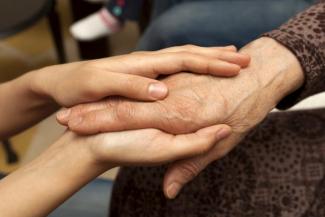 The report also finds that under the current funding scheme, for-profit operators spend far less on care aides and other front-line staff than their not-for-profit counterparts.

“The system is broken, and B.C. seniors and those who care for them are paying the price,” says Hospital Employees’ Union secretary-business manager Jennifer Whiteside.

Whiteside says legislative and policy changes made by the former BC Liberal government opened the doors to more for-profit care homes while doing away with a level playing field for wages and caring conditions that had been in place in 2001.

The result has been a wide range of substandard wages across the long-term care sector that’s contributed to severe staffing shortages across B.C. including at three Vancouver Island care homes that have been put under administration by the local health authority.

“There is no doubt that the current long-term care funding model contributes to the ongoing retention and recruitment crisis that is depriving seniors of care and putting the health and safety of workers at risk,” says Whiteside.

“It’s time for government to take decisive action and a return to standardized wages and caring conditions, along with stricter auditing and compliance standards in this sector.”

The report shows that while operating under the same funding model, non-profit operators spent $10,000 more per resident per year than for-profit operators and delivered 80,000 additional hours of care beyond what they were funded to provide.

The HEU is calling for a robust capital plan for the construction of public and non-profit long-term care homes and greater oversight of all publicly-funded facilities.