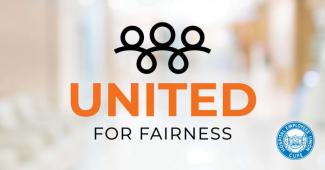 Contracted Support Service workers (CSSW) who work in housekeeping, dietary and retail services in health facilities are preparing for their next round of bargaining with private contractors.

Collective agreements expired in September 2020 for more than 4,000 workers employed by Acciona, Aramark, Compass/Compass Marquise, and Sodexo. These members are located in the Vancouver Coastal, Fraser Health and Vancouver Health regions, including Providence Healthcare and the Provincial Health Services Authority.

Due to COVID-19 restrictions, contracted support service workers are not able to gather to prepare for bargaining through an in-person bargaining conference. Instead, the union met through a telephone town hall in July 2020 to update members on bargaining and will be using other tools to connect and consult with members in a safe manner.

“This pandemic has shone a light on the critical role that Contracted Support Service Workers play in providing a safe environment for both patients and workers,” says Máire Kirwan, HEU Coordinator of private sector organizing, bargaining and servicing. “Against this background, our CSSW members are eager to discuss bargaining priorities and improve their collective agreements.”

In the coming weeks, the union will be in touch with CSSW members about the nomination and election process and about how we’ll consult with members about their priorities. Because Bargaining Committee elections and member consultations are likely to take place online or by phone, the union is urging members to update their email and cell phone information so that they can stay informed about the bargaining process.