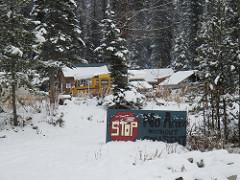 The 49,000-member Hospital Employees’ Union is committed to the application of social justice principles in our workplaces and communities, and stands strongly opposed to the violation of human rights.

HEU joins with other unions and civil society organizations in expressing our deep concern at the situation that unfolded earlier this month at the Gidimt’en gate in the traditional territory of the Wet’suwet’en people in northern British Columbia.

The gate had been maintained in support of the long-standing Unist’ot’en Camp and Healing Centre where hereditary chiefs are opposing the development of Coastal Gaslink’s pipeline project in their territory.

As a rights’ seeking organization, we are alarmed that peaceful protests by Wet’suwet’en hereditary chiefs against pipeline development, along with the freedom of the press to cover those events, were impeded through the actions of the RCMP.

As others have pointed out, those actions would never be accepted by trade unionists if they had occurred on a picket line.

While the immediate situation at the Unist’ot’en Camp has been de-escalated, the Wet’suwet’en hereditary chiefs continue to oppose the Coastal Gaslink pipeline development on their unceded traditional territory.

Those land rights have been acknowledged by Canada’s highest court in the Delgaamukw decision in 1997 and are subject to government’s obligations under the UN Declaration of the Rights of Indigenous Peoples (UNDRIP).

HEU, at its 1990 convention, passed a resolution in support of the recognition of Aboriginal title.

Our path forward must respect these rights and obligations. We urge the federal and provincial governments, resource companies and RCMP to respect the principle of “free, prior and informed consent” as they work with hereditary chiefs and elected Indigenous leadership on a peaceful resolution to this dispute.

Our national union – the Canadian Union of Public Employees – has also issued a statement which can be found here.