At last, B.C. government to move on a poverty reduction plan 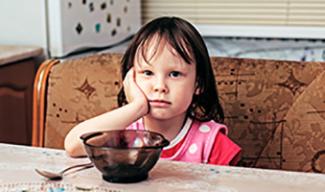 It’s a shame. Despite being one of the wealthiest provinces in the country, more than one in eight British Columbians lives in poverty, including one in five children.

But soon, B.C. will no longer be the only province without a comprehensive plan to tackle poverty. And for HEU and the dozens of other labour and community organizations who for years pressed for action on reducing poverty, it is welcome news.

Following months of public consultation that kicked off last October, Premier Horgan’s government is expected to introduce enabling legislation for a poverty reduction plan in the legislature this fall – including legislated targets and timelines – before presenting a full plan by the end of the year.
During the BC Liberals’ 16 years in office, the province became known for high income inequality, low minimum wages and social assistance supports, and long waitlists for child care and health services. Moreover, the deepening housing crisis priced people living in poverty out of their homes.

In 2008, the BC Poverty Reduction Coalition was formed to develop solutions to B.C.’s poverty crisis and from its inception pressed for a poverty reduction plan. According to the Coalition, doing nothing to reduce poverty costs B.C. as much as $9 billion annually.

“For far too long, poverty was ignored, leaving too many people behind,” says B.C.’s Minister of Social Development and Poverty Reduction Shane Simpson, who headed up the consultation. “[That’s why] we began by moving forward on B.C.’s first-ever poverty reduction strategy to address both the breadth and depth of poverty, and to provide supports to those who need them most.”

During the ministry’s five-month public engagement process, dozens of meetings were held with thousands of British Columbians across the province. Participants provided feedback about their experiences with poverty, how it affects individuals and communities, what can be done to reduce it, and how B.C. can put opportunities in front of people, instead of barriers.

Lack of affordable housing was the top concern in almost every community, and an issue identified as one of the largest drivers of poverty in B.C. As well, food insecurity, education and training, mental health and addiction supports, and creating good jobs that can help lift people out of poverty, were prominent themes emerging from the consultation.