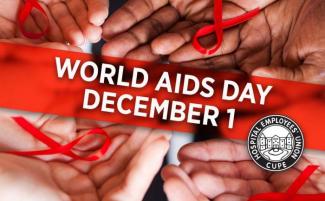 In 2017 an estimated 36.9 million people worldwide have HIV.

Nationwide, the Public Health Agency of Canada estimates that at the end of 2016 over 63,000 Canadians were living with HIV. The agency also estimates that six Canadians are infected with HIV each day.

This year the World AIDS Day’s theme, Know your status, encourages everyone to get an HIV test because the sooner one knows – the sooner they can start treatment.

HIV medicine can help keep a person stay healthy for many years and reduce the chance of transmission but only if HIV status is determined through testing.

Yet, the government of Canada estimates that 20 per cent of Canadians living with HIV do not know that they have it.

While there is some stigma about getting tested, AIDS organizations are doing what they can to reduce barriers to testing with awareness campaigns and point-of-care testing which can give results in under a minute.

The fact is the HIV and AIDS epidemic is changing rapidly because of treatment options.
Today many people living with HIV are receiving proper care and can maintain healthy immune systems and take steps to prevent infecting others.

But if a person doesn’t know their status, they can’t help themselves or protect their sexual partners.

World AIDS Day – December 1 – was established 30 years ago in 1988 at the World Summit of Ministers of Health on Programmes for AIDS Prevention to remember the millions of people who have died from the autoimmune disease, and to urge greater public awareness about HIV prevention.

HEU continues to support the work of community organizations like the Stephen Lewis Foundation and Positive Living Society of British Columbia, who advocate for better education, support and care for people living with HIV. This year HEU was the Title Sponsor of AIDS Walk Vancouver.