November 20 is marked internationally as the Transgender Day of Remembrance. The Hospital Employees’ Union joins with individuals and organizations to recognize and honour members of the transgender community who have been murdered or subjected to violence for simply expressing their gender identity.

HEU is committed to supporting and defending human rights and legal rights for our transgender members, and for all transgender people.

Part of that commitment is to strengthen our own understanding as a union of the barriers and discrimination faced by the transgender community. That work is critical to ensuring that the union is a safe and inclusive space for transgender members.

The Canadian Centre for Gender and Sexual Diversity has called for more research into violence as it impacts the queer and trans community.

In the U.S., the Human Rights Campaign (HRC) says “fatal violence disproportionately affects transgender women of color, and that the intersections of racism, sexism, homophobia and transphobia conspire to deprive them of employment, housing, healthcare and other necessities, barriers that make them vulnerable.”

HRC reported that in 2017, at least 29 transgender people had died as the result of fatal violence – the most on record – and that 22 violent deaths had already been identified in 2018.

Canadians have seen some recent advances in rights for transgender and gender diverse people, on both federal and provincial levels, including the ability to change the gender displayed on passports, citizenship papers, driver’s licenses and birth certificates.

In terms of recognizing diverse gender identities, B.C.’s health minister recently announced an “x” designation for government identification documents for those who do not identify as either male or female.

Trans Care BC through the Provincial Health Services Authority has developed programs to assist transgender clients in accessing gender transition assessment, procedures and surgery. Wait lists are very long, however, with many costs not covered by MSP. These factors represent a significant barrier in access to care.

Transgender people continue to face legal and medical barriers that contribute to the discrimination they face at work and in society. 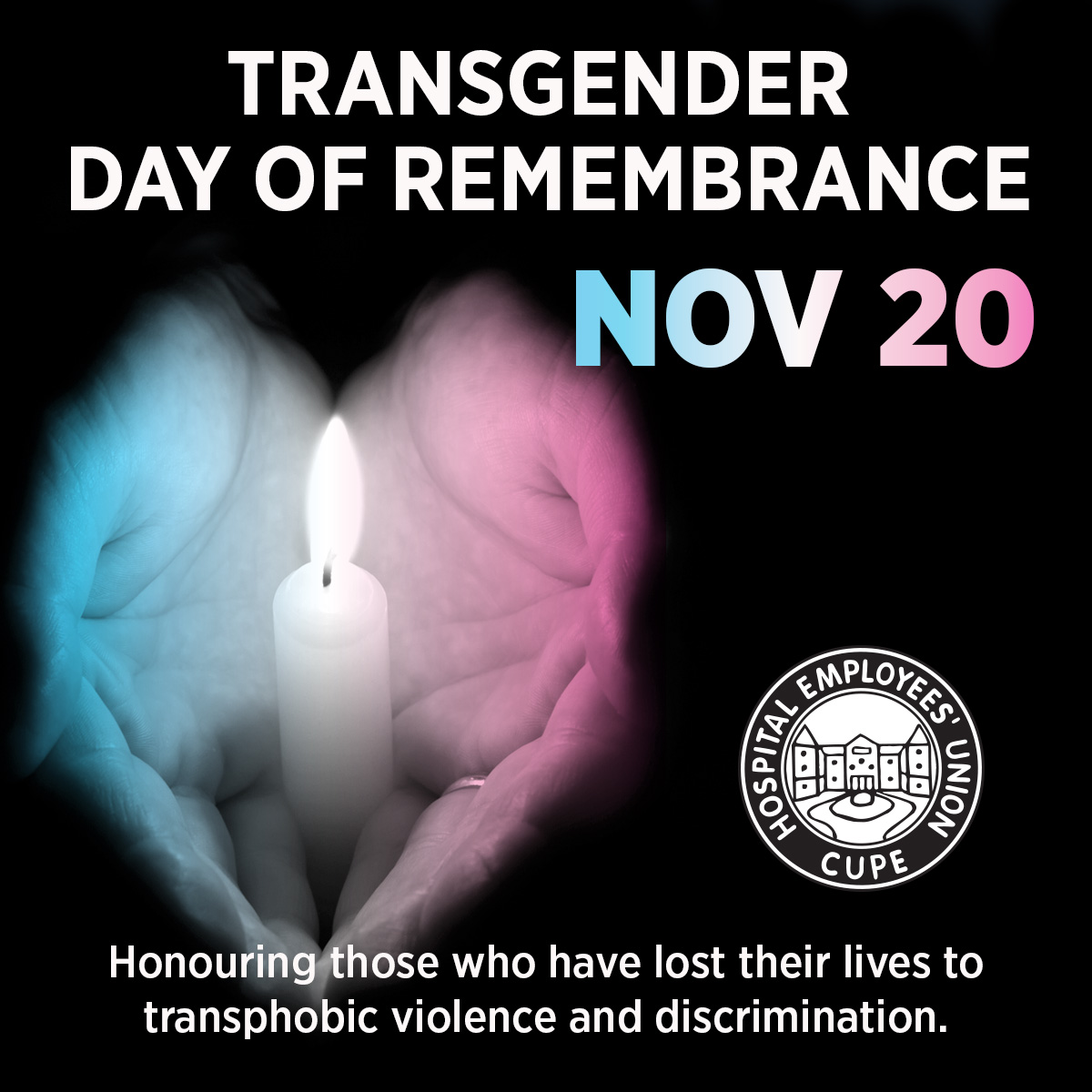