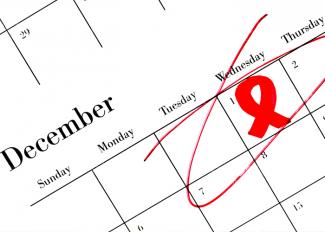 World AIDS Day on December 1 is an opportunity for nations to review international statistics, current issues and trends, rates of infection, innovative treatments, research funding, and prevention – which is the key focus this year.

And it’s also an opportunity for the global community to remember the millions of people around the world who have died from the autoimmune disease.

This year’s theme is Hands up for #HIVprevention. This also includes long-standing calls to action for no violence, zero discrimination, equal access, HIV testing and treatment, harm reduction, and education. You can upload photos from your World AIDS Day events using the hashtag #HIVprevention on social media platforms.

According to the UNAIDS “Prevention gap report”, an estimated 1.9 million adults have become infected with HIV in each of the past five years, indicating that HIV infections are on the rise in some regions of the world. Their goal is to end the AIDS epidemic by 2030 through prevention education.

Since 1988, HIV/AIDS activists have observed World AIDS Day by raising public awareness through research and education, fundraising initiatives, and anti-prejudice campaigns, like the Red Ribbon Campaign.

The red ribbon became an international symbol of HIV/AIDS support and a commitment to finding a cure for the virus that has claimed an estimated 36.7 million people and infected 78 million around the world (amfAR stats, 2015).

In 1985, the Public Health Agency of Canada began gathering data on the human immunodeficiency virus (HIV) that causes acquired immune deficiency syndrome (AIDS). Stats reveal that at the end of 2014, about one in five Canadians living with HIV was female. The estimate of 16,880 Canadian women living with HIV (including AIDS) represents 22.4 per cent of the national total.

That’s why HEU continues to support the work of community organizations like Positive Living Society of British Columbia and the Stephen Lewis Foundation, who advocate for better education, support and care for those living with HIV, both at home and globally.