On Labour Day - we salute all workers 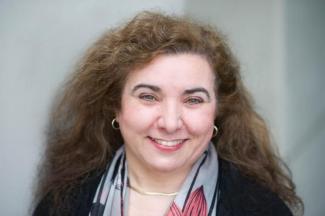 We waited a long time for summer. But before long, our vacations will end, schools will re-open, and autumn will arrive.

For some, Labour Day marks a return to routine. For others, it’s a pivotal time to reevaluate goals. And for many, it’s a holiday weekend with family and friends.

But for me, it’s a day to celebrate the struggles and achievements of Canada’s labour movement. It’s been a long and rocky road to reach this point, but the journey is far from over.

The six-week Winnipeg General Strike in 1919 – during which 30,000 workers walked off the job over wages, working conditions and unfair bargaining – is perhaps Canada’s most celebrated example of working class revolt against archaic employment laws and substandard work environments.

But the earliest reported labour unrest occurred in 1872 when Hamilton, Ontario workers demanded a nine-hour workday, which motivated the Toronto Printers Union to go on strike for a shorter workweek. Their actions crippled the local publishing industry, and inspired other workers to hit the streets in solidarity. Soon, 10,000 marchers arrived at Queen’s Park, Toronto’s political hub.

Back then, unions were illegal, which makes their bold actions even more daring. Strike organizers were jailed for conspiracy, police attacked picketers, and some protesters died defending their rights.

During the early-20th century industrial revolution, union membership was exclusive to men. But when women entered the workforce during World War I, some trailblazers organized federations to protect themselves.

Those demands weren’t achieved, but their strike raised awareness of gender-based wage discrimination.

Nothing has come easily, and we can’t afford to go backwards.

That’s why this Labour Day, we salute all workers – pioneers who paved the way, today’s activists, and tomorrow’s leaders.