[BURNABY] Unions representing 46,000 B.C. health care workers will sit down with employers and government to begin negotiations for a new collective agreement on Tuesday.

The Hospital Employees’ Union will lead the 12-union Facilities Bargaining Association (FBA) in talks aimed at improving working and caring conditions for a diverse range of workers.

HEU secretary-business manager Bonnie Pearson is challenging health employers and government to live up to their commitment to be “fair” and “creative” in the talks.

“We are seeking a fair and reasonable settlement that protects and improves health care delivery,” says Pearson, who is the chief negotiator and spokesperson for the FBA.

Pearson says that health workers are seeking improvements to their contract so that they do not fall further behind after a decade that saw the erosion of wages and attacks on their job security. 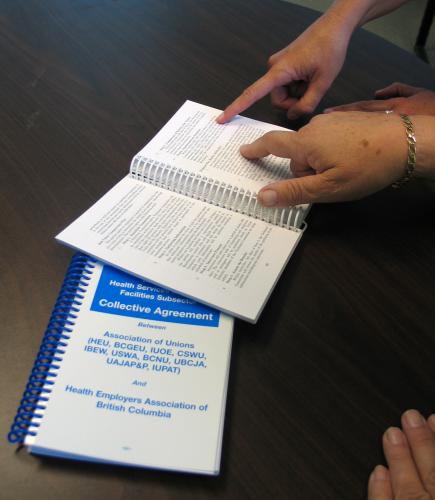 The FBA represents the largest single group of B.C. public sector workers heading to the table in the current round of negotiations for contracts expiring March 31, 2012. The talks cover health care workers in hospitals, residential care facilities and in consolidated health services shared across multiple health employers, as well as the B.C. Ambulance Service.

The HEU represents about 85 per cent of the members covered by the talks. Another 14 per cent are represented by the Canadian Union of Public Employees Local 873, the B.C. Government and Service Employees’ Union and International Union of Operating Engineers Local 882/882H.

Other FBA unions represent about one per cent of workers covered by the talks. They are the International Union of Painters and Allied Trades District Council 38, Pulp, Paper and Woodworkers of Canada Local 5, B.C. Nurses’ Union, Construction and Specialized Workers Union Local 1611, International Brotherhood of Electrical Workers Local 230, United Association of Plumbers and Pipefitters Local 324, United Brotherhood of Carpenters and Joiners of America and United Steelworkers of America Local 9705.