HEU’s Provincial Executive (P.E.) is elected by delegates every two years during the union’s biennial convention.

The P.E. is responsible for implementing the goals and policies set by the union’s membership, and guiding the work of the union between conventions. 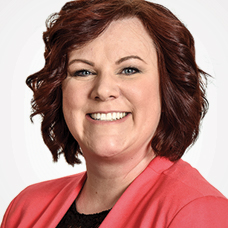 President Barb Nederpel, clerk/care aide, Kamloops / Thompson
An HEU member since 2006, Barb was first elected to the P.E. in 2012 as 2nd vice-president and later elected as 1st vice-president. She served on the 2012 FBA bargaining committee and has held various positions on her local executive, including chief shop steward and chair. She has served several terms as president of the Kamloops and District Labour Council, a term that concludes at the end of 2018. Barb has also served on CUPE and BC Fed political action committees. As HEU president, she’ll be representing the union as a BC Fed officer and a CUPE National Executive Board member. Barb is the first woman president elected to head HEU. 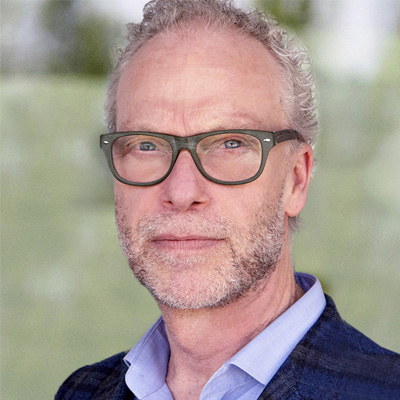 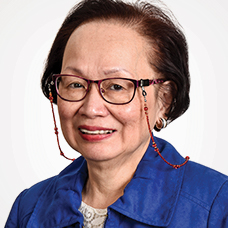 Financial Secretary Betty Valenzuela, health records clerk, Vancouver General
This is Betty’s first term as financial secretary. An HEU member since 1995, Betty was first elected to the P.E. as a trustee in 2014 for a four-year term. A long-time secretary-treasurer at her local, Betty has also served on a number of union committees – including HEU and CUPE global justice committees. Betty has also worked as a facilitator for table officers’ training and on HEU’s bursary committee. She has been on union leave from the Health Records department at VGH since 2007 to serve her local as a full-time shop steward. 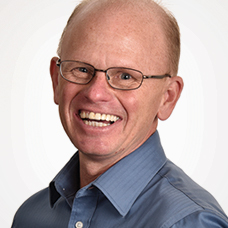 Ken Robinson, 1st vice-president, diet technician, Kelowna Amalgamated
An HEU member since 1988, Ken is currently serving his tenth term on the P.E., including two terms as president. Ken represented HEU as a BC Fed officer, and as a member of CUPE’s National Executive Board and its environment committee. He has served on the FBA bargaining committee, several HEU committees, and has held many positions at his local – including chair and chief shop steward. He’s currently vice-chair and chief shop steward at his local. 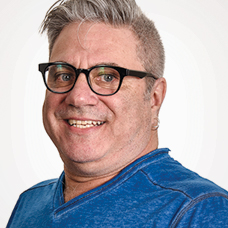 Bill McMullan, 2nd vice president, residential support worker, Kardel
After serving three terms as a regional vice-president, Bill has been elected to his first term as 3rd vice-president and was called up to 2nd vice-president in November 2020. An HEU member since 2002, he has served as chief shop steward of his local and previously senior trustee-elect, chair and shop steward. Bill is on the labour-management committee for Kardel local, and has also served on the P.E. environment and equal opportunities subcommittees. 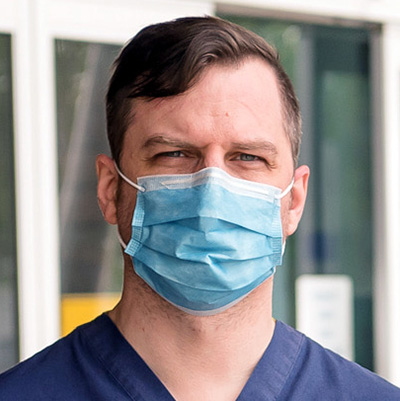 Chris Batting, 3rd vice president, housekeeper, Prince George
An HEU member since 2006, Chris has been a shop steward for the last six years, as well as trustee for his local. He has served on the Global Justice and Peace Provincial Executive sub-committee, and is currently serving on the Men's sub-committee. He attended the 2016 and 2018 HEU Biennial Conventions as a delegate, and also had the opportunity to go to the CUPE National Convention in 2017, and the BCFed Convention in 2018. As an elected alternate to the P.E., Chris was called up to 3rd vice president in November 2020. 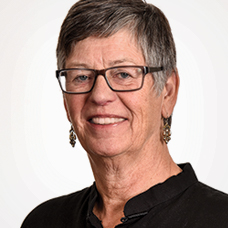 Talitha Dekker, senior trustee, accounts receivable clerk, Kamloops / Thompson
This is Talitha’s first term as senior trustee. In July 2016, Talitha was called up to 3rd vice-president as a P.E. alternate. She was then elected trustee at the 2016 convention. An HEU member since 2005, Talitha has been her local chair for the past five years. She’s also held many local positions – including secretary, treasurer, vice-chair and trustee. Talitha served two terms on the P.E. clerical subcommittee, and recently served one year as co-chair on the retirement and pensions subcommittee. 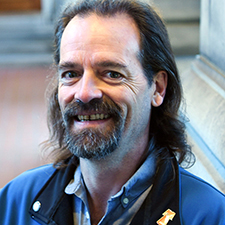 Stephen Ariss, trustee, stores attendant, Kelowna General
Stephen has been an HEU member since 2009 and became active with his local in 2013, when he attended his first shop steward workshop. He is currently the vice chairperson and chief shop steward of his local. Stephen is currently on the Men’s P.E. Subcommittee, and has attended numerous conventions. 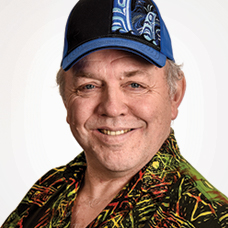 Ken Bennett, trustee, residential care aide, Malaspina Mid-Island
As an elected alternate to the P.E., Ken was called up to trustee in April 2018. An HEU member since 2005, Ken is his local vice-chair. He has held several other local positions – including chair, chief shop steward, shop steward and warden. Ken was also on HEU’s 2014 Credentials committee. This is his first full term as an elected trustee. 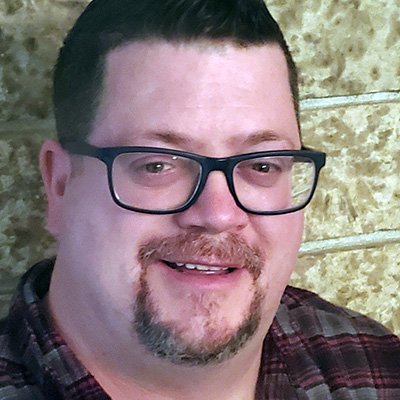 Scott McKay, care aide, Chilliwack Amalgamated
As an elected alternate to the P.E., Scott was called up to regional vice-president for Fraser in September 2020. 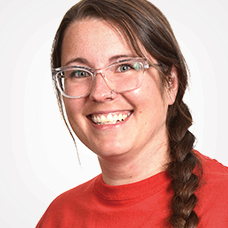 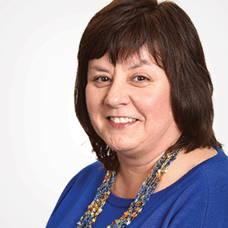 Joanne Walker, booking clerk, White Rock
This is Joanne’s second elected term on the P.E. She joined HEU in 1986. She’s currently serving her local as vice-chair, a shop steward and chief shop steward, and sits on the labour-management committee. Joanne was previously local chair and an OH&S steward. Joanne has also provided P.E. support to the HEU young workers subcommittee, and is the trustee for the Fraser Valley Labour Council. 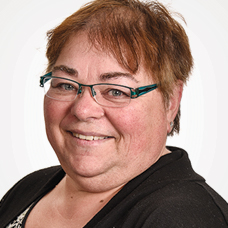 Shelley Bridge, care aide, Columbia View Lodge
Shelley is serving her fourth term as regional vice-president. Joining HEU in 1991, Shelley helped organize an HEU facility in Trail. She’s chair of her local and has served in many other positions over the years. Shelley has served on HEU’s resolutions and constitutional amendments committee and other union committees – including the occupational, support workers, and trades and maintenance subcommittees, and has been active in the union’s Care Can’t Wait campaign. 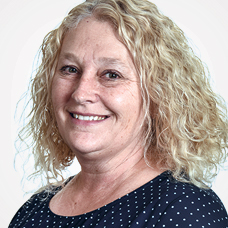 Rhonda Bruce, rehabilitation assistant-acute care, South Okanagan
Rhonda is currently serving her fourth term as a regional vice-president (Interior). She’s served on several P.E. subcommittees – including support workers, young workers, political action, women’s and retirement. An HEU member since 1992, Rhonda has held every position in her local, and is a strong advocate for women in leadership. Currently, Rhonda is her local chair and chief shop steward. She’s also worked as an EDMP steward under the FBA. In 2012, she became an alumnus member of the Governor General’s leadership conference. 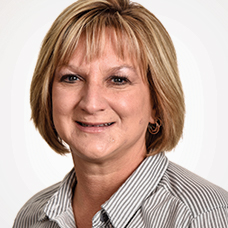 Monica Thiessen, medical lab assistant, Salmon Arm/Shuswap
An active HEU member since 2000, Monica is currently her local chair and chief shop steward. She recently stepped aside as a local OH&S steward to make room for a new member to take on the role. Monica is an active voice on her local’s labour-management committee. Having held many local executive positions over the years, Monica mentors new members to take on those positions. Having a son with diabetes, Monica has been a strong advocate for Type 1 diabetes medical coverage throughout the province. 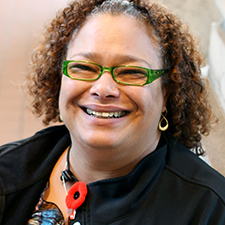 Terressa Jamerson, food service worker, Prince Rupert
Terressa has been active in her local since 1995, when she attended her first shop steward workshop. She is currently her local chair and has served as a shop steward and vice chair. Terressa sat on the JOHS committee, the Ethnic Diversity Committee and the Convention Committee. She has assisted with two strikes and attended numerous conventions. Terressa is a single mother who believes in ‘paying it forward’. 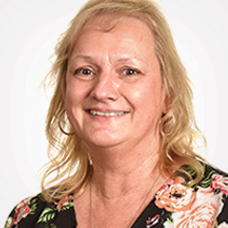 Lisa Crema, mental health worker/life skills support worker, Prince George
This is Lisa’s second elected term on the P.E. She joined HEU in 2003. Lisa is currently her local treasurer, and is a very active shop steward and local OH&S representative. Previously a local trustee, she has also served on the union’s environment and occupational subcommittees. Lisa is an elected delegate to the North Central Labour Council in Prince George. 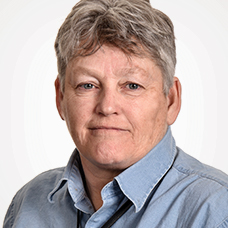 Karen McVeigh, care aide, Dogwood
Karen has been a care aide at Dogwood Lodge since 1994. She has served her local in many positions – including senior trustee elect, shop steward, chief shop steward, OH&S steward, labour council delegate, and has been her local chair for more than a decade. An LGBTQ+ activist, Karen has represented HEU on many local and national committees, including CUPE National, the BC Fed and the Canadian Labour Congress. She’s a founding member of HEU’s Pink Triangle Standing Committee, and has served on several other union committees, including OH&S, women’s, and bargaining. 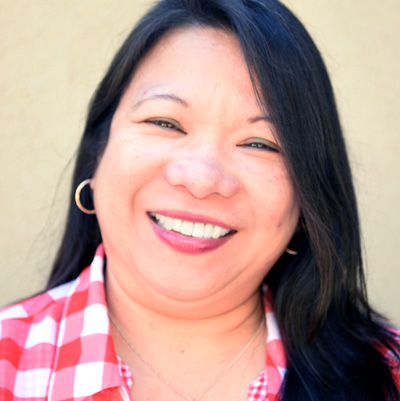 Edna Rivera, Care Aide, UBC Hospital
As an elected alternate to the P.E., Edna was called up to regional vice-president for Vancouver Coastal in April 2021. She joined HEU in 1993 as a care aide and has held several positions in her local. Currently the secretary treasurer and chief shop steward, Edna has also been treasurer, shop steward and an OHS steward. She has attended many HEU conventions and conferences and has served on a HEU committees, included 1st alternate on the Ethnic Diversity Committee. 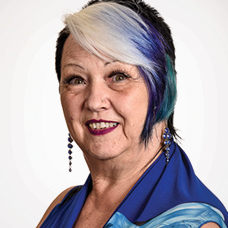 Louella Vincent, community support worker, WHR Lower Mainland
A member since 1992, Louella is serving her seventh term on the P.E. She’s represented HEU on the BC Fed’s human rights and women’s committees and LGBTQ+ working group, and on CUPE National’s literacy and child care committees. She has served on HEU’s environment, global justice, and political action subcommittees, and was a founding member of the Living Wage Campaign. Louella is the liaison to HEU’s equity standing committees, is an active member of Amnesty International, and champions causes like the Red Dress Campaign and raising awareness on missing and murdered Indigenous women. She has served on the Community Social Services bargaining committee. Locally, she’s been a chair, OH&S rep, trustee and chief shop steward. 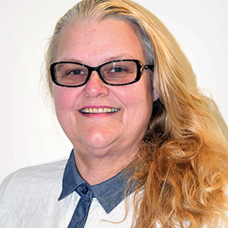 Catherine (Cathy) Black, cook, Tri- Port (Port Hardy)
This is Catherine’s first time elected to the Provincial Executive. She joined HEU in 2012. Having previously served her local as vice-chair and trustee, Catherine is currently the chief shop steward. She is also serving her second term as local chair. 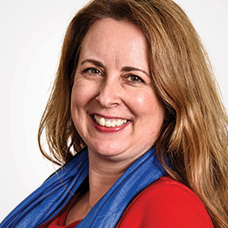 Charlotte Millington, technical analyst, Royal Jubilee Hospital
An HEU member since 2008, this is Charlotte’s first term on the P.E. She’s currently the chair of her local, a shop steward, occupational health and safety steward, and a member of her local labour-management committee. Charlotte is the HEU representative on the Victoria Labour Council and on the United Way of Greater Victoria Labour Committee. She served the Centre and North Island as an FBA EDMP steward for three years, and is the previous co-chair of her local’s joint occupational health and safety committee.